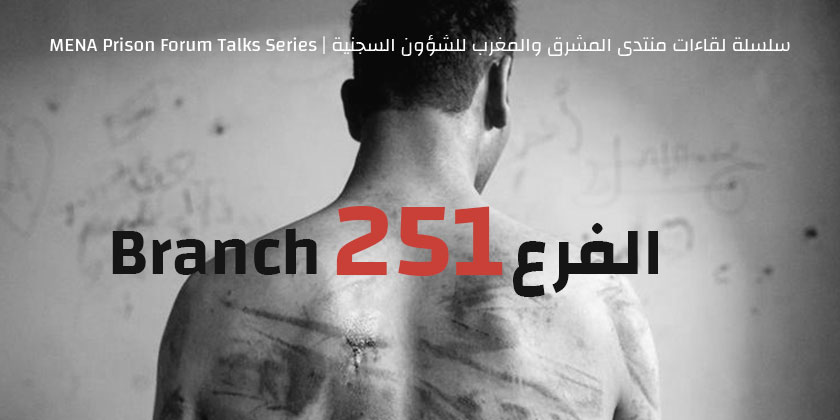 Talks: Organized by MPF and UMAM D&R
BRANCH 251 | SYRIAN ATROCITY CRIMES ON TRIAL
A Conversation with Fritz Streiff
Via Zoom
Register for the event

The MPF is pleased to host a talk with human rights lawyer Fritz Streiff on Thursday, January 27. Streiff is joining the MPF to speak about the Branch 251 podcast he has created, produced, and hosted; a podcast that covers the world's first criminal trial dealing with Syrian atrocity crimes. The high-profile case was held in Koblenz, Germany, and was against two defendants, Anwar Raslan and Eyad al-Gharib, both former officials of President Bashar al-Assad’s security apparatus.

On January 13, 2022, the trial, which started back in April 2020, came to an official end. After more than a hundred court sessions that were overseen by five federal judges and saw a hundred witness testimonies the court proved that Anwar Raslan committed several crimes against humanity and punished him with a life sentence. The verdict came nearly a year after Eyad al-Gharib was sentenced to four-and-a-half years in prison.

The podcast “Branch 251” helped not only in translating the trial into both Arabic and English but also in giving voice to victims and survivors who were not able to be present in Germany during the trial. The online discussion will allow for considerations of coming steps that lawyers and human rights activists can take to build on the Koblenz trial and establish an ongoing legacy of accountability and justice for Syrian crimes, instead of considering the January 13 verdict an end to the justice process. The session will entail a conversation with Fritz Streiff and will be moderated by Amer Matar and Mina Ibrahim.

Language: Arabic and English with translation to both languages.