The prison as an institutional concept assumes a central position within countries across the Middle East and North Africa, exhibiting an often deliberately obscured, yet nonetheless pervasive presence within societies and their respective collective consciousness. Carceral systems throughout the region—before, during, and after colonialism—have proven intrinsically linked to, and partially determinative of, nations' trajectories vis-à-vis state-building, rule of law, and political pluralism. Yet the legacy of imprisonment is one that is currently still being written. In the years since the 2010 – 2011 popular uprisings, state and non-state actors alike have quietly set about expanding their disparate networks of detention facilities, both official and otherwise. As one might expect, the accelerated rate at which places of detention have been—and continue to be—constructed in several MENA countries has coincided with an exponential rise in the region's prison population.

It is within this context and in response to these socio-political, and increasingly militarized, developments that the MENA Prison Forum advocates and facilitates multidisciplinary engagement with "the prison" and the experience of imprisonment in the region. The Forum's raison d'être stems from the conviction that detention in its myriad forms warrants greater and more nuanced attention in its own right. Irrespective of the lens through which we examine the Middle East and North Africa, the prison looms large. It represents a kind of nexus, today located predominantly at the intersection of alleged "counter-terrorism," (de)radicalization, and security sector reform. As such, the prison is a point of interest shared among otherwise divergent fields: military intelligence, human rights, and art and literature, to name only a few. To "unpack" the multi-faceted and far-reaching phenomenon of imprisonment, it is therefore necessary to avoid a narrow or fragmented perspective. The Forum thus seeks to address carceral issues in a holistic manner that not only acknowledges but also brings into conversation their countless layers and dimensions.

Prisons and their corresponding detention practices have played an indisputable role in perpetuating and exacerbating societal discord and human suffering within the MENA region. Yet it is only from a comprehensive level of awareness and understanding that we can ultimately devise and adopt an integrative approach toward effective and sustainable reform and rehabilitation.
What We Do
The MENA Prison Forum works along three primary trajectories:

Tracking and Collation: We monitor and compile prison-related content from a broad scope of perspectives and fields of expertise to function as an interdisciplinary resource available to the general public. The Forum not only features documents and reports that provide information from a scholarly, journalistic, legal, and human rights frame of reference; rather, it aims to represent interpretations and responses to the prison that derive from the full spectrum of human experience. Thus, the Forum also draws heavily from the world of art, cinema, and literature in an ongoing effort to curate as multi-dimensional and all-encompassing an analysis as possible.

Research and Documentation: We conduct primary research and produce original content that examines and engages prison-related topics in various formats—such as testimonials and statements given by former prisoners and torture survivors—via an array of mediums, including traditional reports and personal written accounts, as well as video clips and audio files. We initiate and publish these projects both independently as well as in collaboration with experts from a multitude of backgrounds, including but not limited to academia, art and literature, journalism, law, social work, and trauma therapy.

Public Outreach and Advocacy: We raise the profile of prison-related matters within dominant or "mainstream" discourse and serve as a conduit through which people can convene to alleviate and, ultimately, mitigate carceral abuses and their individual and collective effects. As such, the Forum actively engages in a variety of public domains to foster greater awareness of, and more meaningful and sustained attention to, issues of detention and imprisonment in the MENA region. We believe, however, that these efforts are complemented by and reinforced through interdisciplinary exchange and collaboration. The Forum therefore hosts meetings and conferences organized around country-specific and/or thematic topics, thus creating opportunities for cross-disciplinary conversations to take place and, in turn, cultivating networks that transcend geographical borders, individual experience, and areas of specialization. In this capacity, the Forum acts as a venue for innovative research and analysis, as well as a catalyst for dynamic actionable measures toward prison reform in both policy and practice.
In Flux
Forming the basis of, and bridge between, each trajectory of our work is a categorical belief in the transformational impact of knowledge and composite understanding. Yet such a nuanced awareness of carceral issues is antithetical to any examination that is limited to a singular methodology or reduced to one theoretical approach. The MENA Prison Forum therefore aims to cultivate and consolidate synergy between the prison's constellation of topics and facets, as well as between personal experiences, professional expertise, and paradigms of analysis. As such, multidisciplinarity and inclusive representation—in all aspects and against all metrics—are the principles that guide our work as we continually endeavor to broaden and develop the body of content that grapples with prison-related matters.

In our effort to amass a repository of material focused on carceral issues, the Forum continuously adds relevant news and current events pieces, academic and analytical books, scholarly articles, podcasts, films, artwork, poetry and literature, and the like. In this sense, the "library" of content that the Forum houses is in an unceasing process of evolution and augmentation. It is a living, ever-expanding platform that is in a perpetual state of flux. So to make its introduction to the public domain contingent upon its full completion would be to delay the platform's introduction in perpetuity. As such, any collection of work on prison-related subjects will prove unequivocally, and necessarily, partial and unfinished. We therefore do not claim to present an exhaustive anthology.

It is, however, our hope that the MENA Prison Forum will serve as an interactive venue through which individuals seek and impart information, suggest material that is not yet featured, submit project proposals, exchange ideas, and engage critically and meaningfully with the content as well as with one another. Through this mode of knowledge transfer, we hope that the Forum will expand and enrich the public discussion on issues surrounding imprisonment and detention.
What do we mean by "Prison"?
The MENA Prison Forum focuses on deprivation of liberty in its broadest sense—irrespective of legal and institutional context, jurisdictional status of apprehending forces, or juridical pretext. The Forum therefore does not limit its analysis to the "conventional" prison, nor to imprisonment on the basis of "criminal justice." Rather, our work highlights the issues of arbitrary arrest and other extrajudicial processes that facilitate unlawful imprisonment, including enforced disappearance and incommunicado detention. The term "prison" in our praxis thus applies not only to official carceral facilities, but extends to places of informal or secret detention, as well. In the last two decades, abuses perpetrated throughout the course of the so-called "war on terror" have exposed the extent to which the latter—otherwise known as "black sites"—are administered by both state and non-state actors alike. In light of this reality, the Forum acknowledges and addresses imprisonment regardless of whether the detaining entity exercises legitimate juridical authority.

Similarly, the Forum engages with issues of imprisonment and detention irrespective of its purported justification or rationale. In other words, we do not focus on "political" imprisonment to the exclusion of "criminal" imprisonment or vice versa, simply because—across the MENA region, and elsewhere—certain political views are criminalized or, framed differently, crime and criminality are politicized. To acknowledge one basis of imprisonment and disregard the other would therefore indicate the acceptance of or preference for a particular narrative and, by extension, the rejection of another, thereby weaving into our work an inherent bias.
What do we mean by "MENA"?
At present, we do not claim to cover all of the countries that are enveloped within the "Middle East and North Africa"—a geographical demarcation that is itself ambiguous and highly contested. Any representational imbalance that is currently present, however, derives from practical matters of human and linguistic capacity. Yet the MENA Prison Forum does not exclude the possibility of incorporating content from and about non-Arabic speaking countries such as Turkey and Iran in the future.
How can I contribute to the MENA Prison Forum?
If you are interested in prison-related issues and share our belief in the need to draw greater attention to the legacies and conditions of imprisonment in the MENA region, the possible avenues for contribution are almost limitless. Some potential modes of participation include:
• Informing others about the MENA Prison Forum and sharing our work
• Referring the Forum to relevant events, developments, content, etc. that warrant greater consideration or scrutiny, or that require further analysis
• Participating in our tracking and collation efforts
• Proposing primary research projects or initiatives for the production of original content
• Attending our meetings and conferences
Are state stakeholders welcome to join the Forum?
The prison occupies an indisputable position at the intersection of rule of law standards and security sector concerns. It is from this practical perspective that we welcome the participation of state-affiliated stakeholders. We extend this invitation, however, with the expectation that there is a genuine willingness to engage meaningfully and constructively on detention-related issues, and in a manner conducive to the implementation of practical reform and rehabilitation measures.
How is the MENA Prison Forum run?
The Forum operates through a double-layered mechanism of decision-making. The Executive Committee is responsible for MPF’s daily administration, and is currently comprised of three members of the UMAM Documentation & Research team—Monika Borgmann, Ali Mansour and Lokman Slim—in collaboration with project coordinator Mina Ibrahim and filmmaker Ayman Nahle. The Consultative Council constitutes the second layer of the Forum’s organizational and supervisory structure. Comprised of professionals from a variety of fields, this body—as its name suggests—provides counsel on matters such as issue identification, strategic planning and agenda setting, and coalition building.
Who funded the launching of the MENA Prison Forum?
In late 2017, the Arab Fund for Arts and Culture (AFAC) provided UMAM Documentation & Research with seed funding. Since September 2018—one month prior to its official launch in Berlin—the Forum has received generous financial support from the Institut für Auslandsbeziehungen (ifa).
[An initiative by] 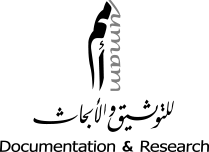 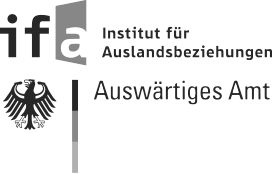 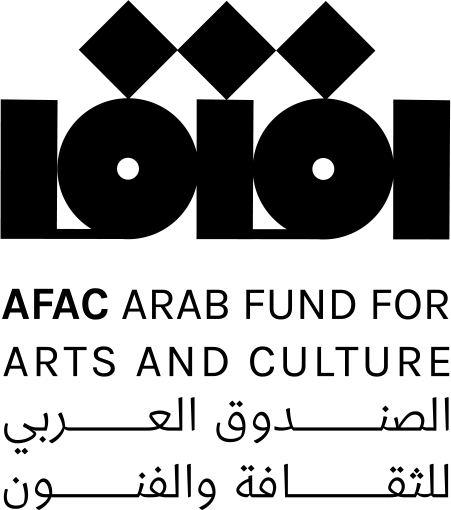