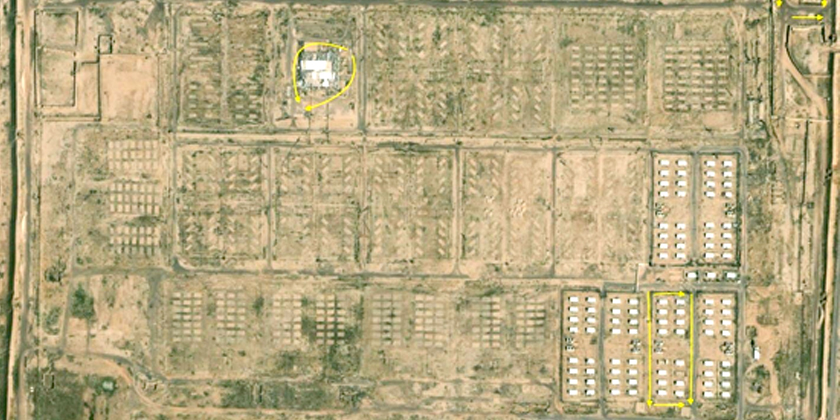 Meeting: Organized by MPF and UMAM D&R
PRISONS IN IRAQ: BETWEEN THE PAST AND PRESENT
State- and Militia-Run Prisons, from Torture to Killings
Istanbul | Turkey

Over the course of two days, activists, journalists, scholars, artists, and researchers convened in Istanbul to discuss the evolution and intricacies of Iraq’s carceral infrastructure, and to explore viable measures through which to challenge these systems and institutions, and ensure accountability for the atrocities that such have long perpetrated. To this end, participants were invited to present their own work as a way to share knowledge and information, and as a catalyst for potential collaboration in the future.

The dialogue took as its historical starting point the regime of Saddam Hussein, under which the prison became the single-most prominent theater of state-sanctioned torture and fear. Acknowledging the systemic nature of abuse inside places of detention prior to the toppling of the regime in 2003, participants considered how to address these “still open wounds” while also allocating adequate attention and resources to confront Iraq’s current context. Those in attendance highlighted the US-led invasion as a critical inflection point along the country’s arc of carceral oppression, citing the occupation as a precursor to explicitly sectarian patterns of arbitrary detention and enforced disappearance—a trend that would continue and intensify throughout the 2014-17 war against Daesh (ISIS). The discussion also underscored the post-2003 rise in terrorist attacks, which was swiftly followed by an increasingly pervasive distortion of the term “terrorism.” This discursive and legal manipulation, participants emphasized, has not only been employed within the framework of sect, but has also proven a convenient tool with which political parties, state security forces, militias, and the Iraqi judiciary effectively repress civil, political, and constitutional rights. The guise of “counter-terrorism” has, as attendees explained, fueled a significant uptick in arrests and disappearances, swelling prison populations and, ironically, subjecting an ever-increasing number of people to the very conditions that are known to contribute to—rather than combat—extremism. Arising from this discussion was the question: What purpose does ‘the prison’ serve in Iraq? And, more pointedly, are the actual objectives of imprisonment in fact antithetical to the objectives that politicians and powerbrokers purport?

Subsequent sessions focused on the use of enforced disappearance and politically motivated assassinations. Remarks referenced how the factors driving the former have changed over the decades. Whereas individuals were targeted largely on the basis of their real or perceived political and ideological affiliations prior to 2003, disappearances are now markedly sectarian—with the important exception of those carried out in the context of the Tishreen protest movement that began in October 2019. Several participants traced the origins of the surge in forced disappearances back to the onset of Iraq’s civil war in 2006, which coincided with the formation of multiple paramilitary groups and non-state militias and, in parallel, the proliferation of secret and “semi-official” prisons and detention sites. At present, such facilities remain largely under the control of armed groups, the most prominent of which operate under the banner of the legally recognized yet autonomous al-Hashd al-Sha’abi (the Popular Mobilization Forces, PMF). Although forced disappearances are, of course, carried out in order to sow fear and thus serve as a mode of deterrence, participants also emphasized their role as a means of extortion, as well as a possible method of demographic engineering. In this sense, speakers asserted that disappearances and assassinations are not anomalies in Iraq, but rather constitute systematic tactics through which politics are conducted. State institutions, including the judiciary have—by extension— become co-opted and instrumentalized, and are now primarily structured to facilitate and further entrench impunity.

The two-day event closed with discussions centered upon the importance of documenting prisons and other sites of detention throughout Iraq, and recording the war crimes, crimes against humanity, and other abuses perpetrated therein. Those in attendance reflected upon various mediums of documentation—including archives and artistic expression—and the methodologies that are currently being used to catalogue the countless aspects of Iraq’s carceral landscape and to preserve collective memory.

Participants hailed not only from a broad array of professional and disciplinary backgrounds, but also from numerous regions of Iraq, as well as the Iraqi diaspora. This far-reaching geographical representation greatly enriched the dialogue, as it enabled the sharing of diverse perspectives and experiences. In this capacity, the meetings presented a valuable opportunity for participants to come together to express ideas, develop and deepen partnerships, and conceive of joint initiatives.