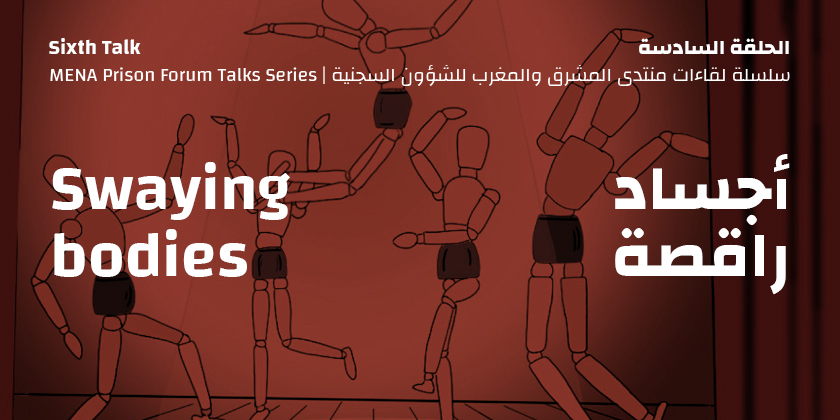 The MENA Prison Forum is pleased to host a discussion of the novella it recently published, “Swaying Bodies,” by Egyptian researcher and writer Ahmad Abdul-Halim, with illustrations by Syrian painter Dima Daly. Ahmad Abdul-Halim and Dima Daly will join the discussion, which will be moderated by Hana Jaber and Mina Ibrahim.

Ahmad Abdul-Halim, an Egyptian writer and researcher born in 1995, wrote “Swaying Bodies” as a description of prison experience. While he claims the work is fictional, the visceral and sensory descriptions in the text render the reader deeply affected by the conditions described. Abdul-Halim’s words are additionally strengthened due to their accompaniment by illustrations of Syrian activist and painter Dima Daly. Whether this work is one of true fiction or a masquerading testimony of personal experiences, the reader is shown how prison ordeals indelibly change those who experience them.