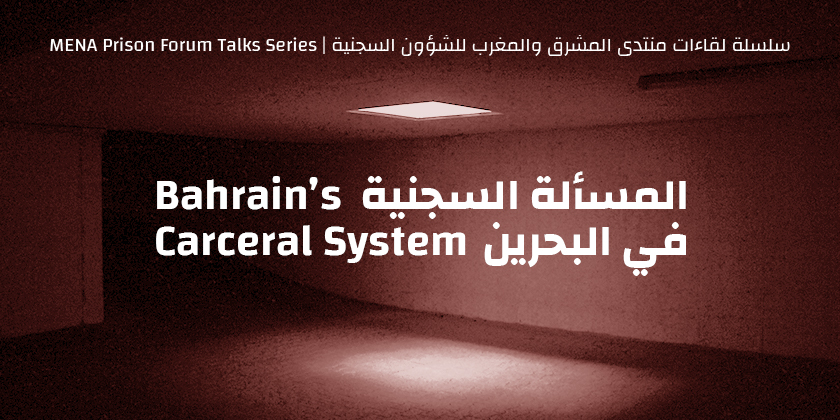 Talks: Organized by MPF and UMAM D&R
BAHRAIN’S CARCERAL SYSTEM
A Conversation with Abbass Al-Morshid
Via Zoom
Register for the event

The MENA Prison Forum is pleased to host a discussion of its recently published log, “Bahrain’s Carceral System: From Fidawiya to Death Politics,” by Bahraini human rights activist Abbass Al-Morshid. The session will be held in the presence of the author and moderated by Hana Jaber and Mina Ibrahim.

Language: Arabic with English Translation. The subsequent discussion will be both in Arabic and English.

Abbass Al-Morshid, a Bahraini human rights activist presents a cursive introduction to the evolution of the carceral system in Bahrain. He focuses on the genesis of “political prisoners” in Bahrain as interlinked with the rise of “politics” as Bahrain instituted itself as a state centered around “public order” in the 1920s. He also focuses on the transformation of the Fidawiya, the traditional security organization under the personal command of individual rules, to the modern system of a political apparatus managed under state institutions.