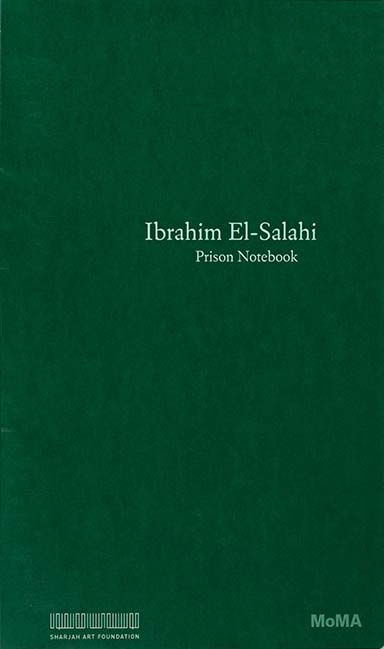 Ibrahim El-Salahi (born 1930) is an artist, writer, critic, cultural diplomat and Sudanese TV star, and one of the most important figures of African and Arabic modernism. He pioneered an artistic language that engaged Western formal traditions in dialogue with Sudanese decorative elements and Arabic calligraphy that he has practised since childhood. The resulting body of work brought him international acclaim, and he became a major voice of the pan-African avant-garde in the 1960s, representing Sudan both in domestic government and on the world stage. While serving as Sudan's Undersecretary of Culture in 1975, El-Salahi was imprisoned without trial and endured six months of deprivation in the notorious Cooper (now Kober) Prison. During a period of house arrest that followed, he exorcised his experience in the Prison Notebook, arguably the landmark work in the artist's oeuvre.

This intensely personal work is both a major historical document and a masterpiece of drawing containing pages filled with delicate pen-and-ink drawings of cramped and shackled figures, faces behind barred doors, self-portraits, prison architecture, birds and mythological figures that suggest the hope of freedom or escape. This bilingual English-Arabic volume comprises a facsimile of the Prison Notebook (recently acquired by The Museum of Modern Art); an English translation of the prose that appears in the diary; a contextualizing essay by art historian Salah Hassan that addresses both the work's significance and the social and political moment in which it was produced; and contemporary commentary by the artist (transcribed from a recent extant interview) about his images and verse. The captions of the drawings are originally done in Arabic with an English translation and further descriptions of each of the drawings.