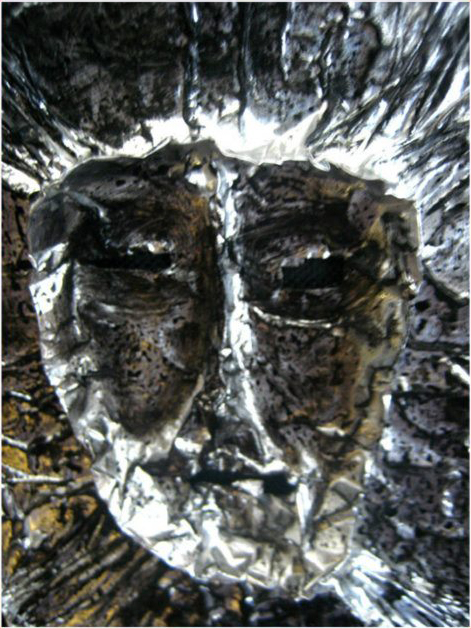 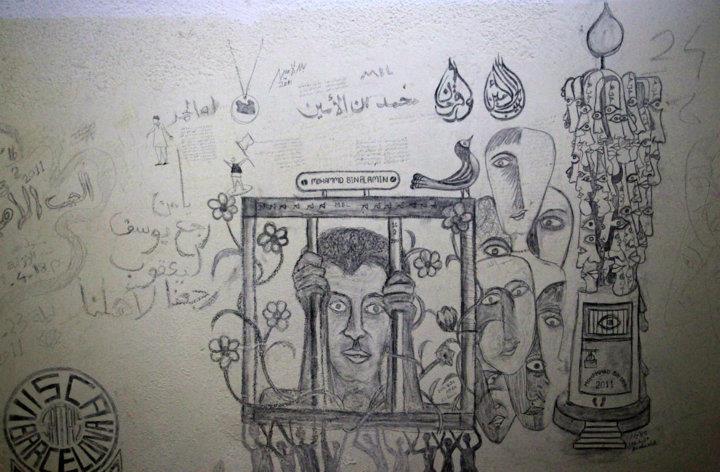 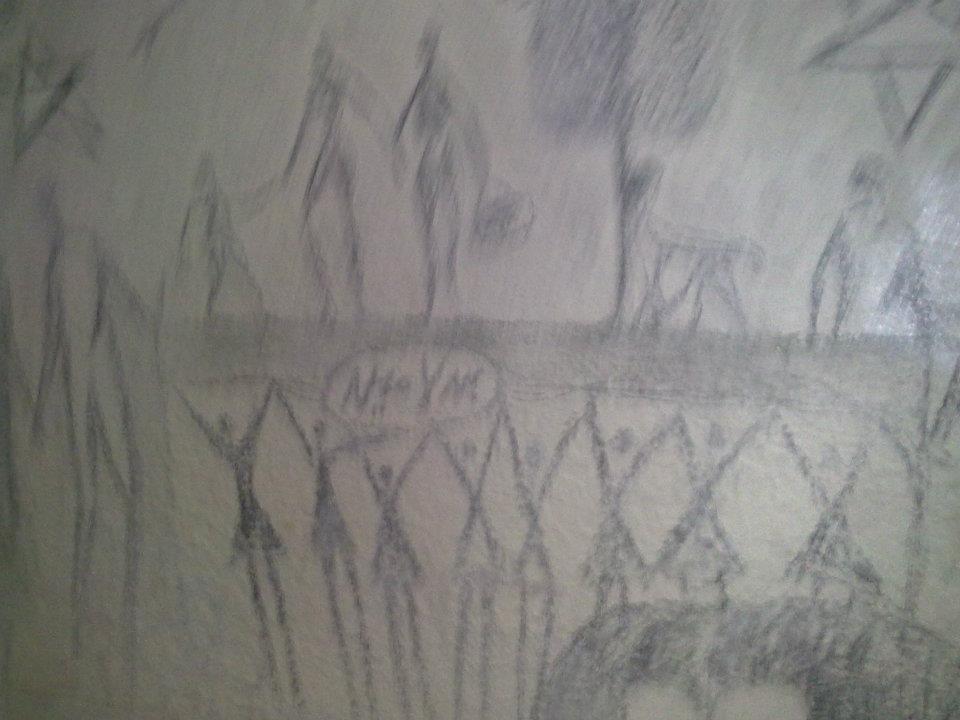 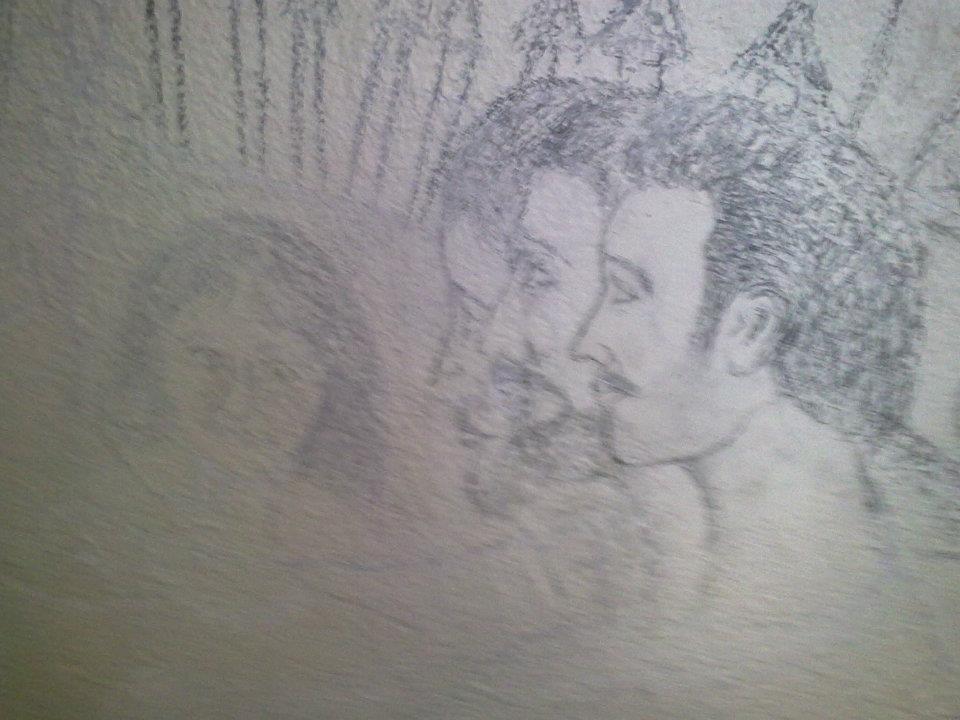 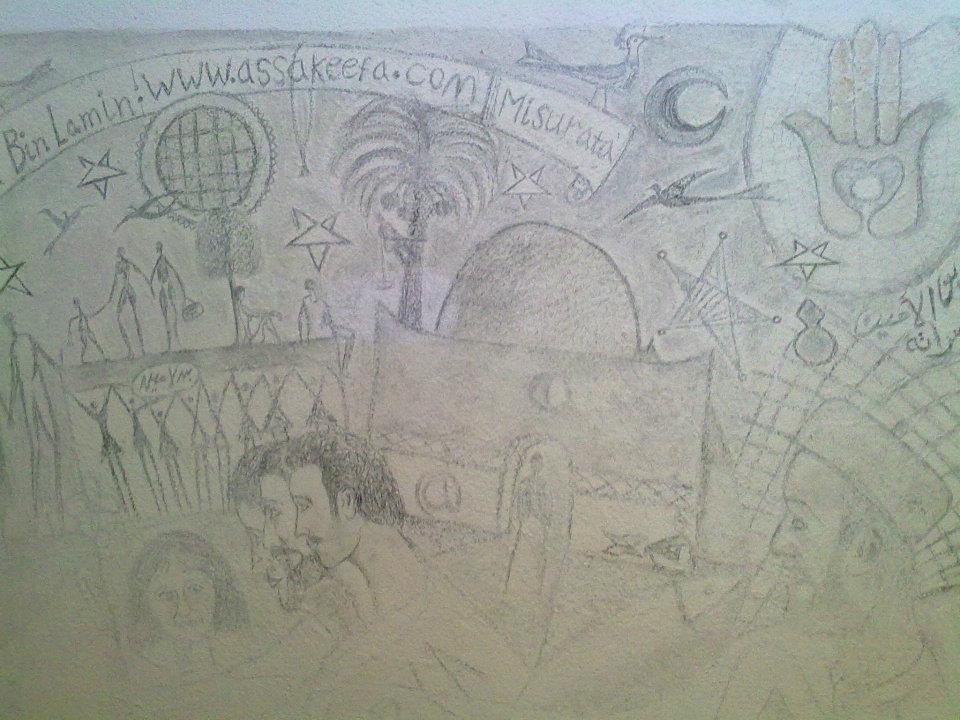 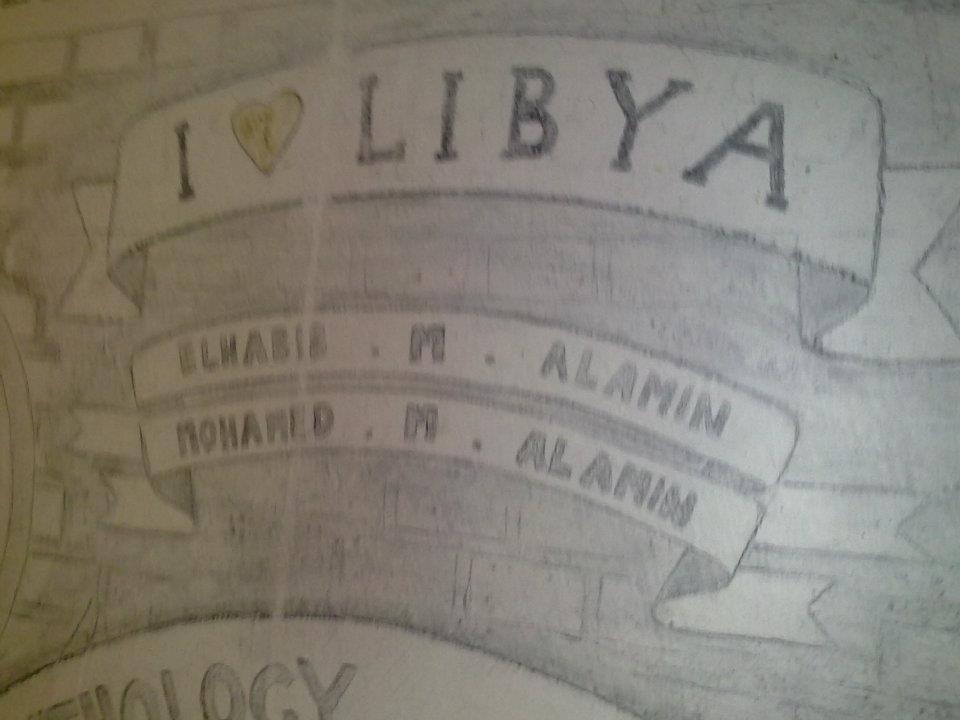 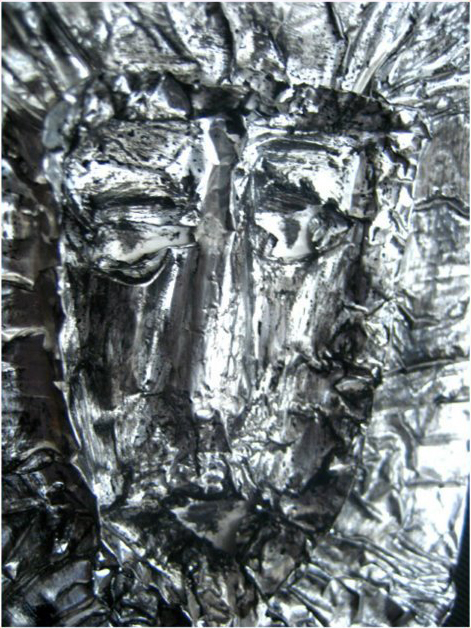 Images via the artist at MOHAMMAD BIN LAMIN
ABU SALIM PRISON 2011
By Mohammad Bin Lamin
ABU SALIM PRISON
LIBYA
MOCK EXECUTION
POLITICAL DETAINEES
SURVIVAL
TORTURE
Synopsis
About the Artist
In the Media
These pieces are from a body of work that artist Mohammad Bin Lamin created while detained in Libya's Abu Salim prison, located in the capital of Tripoli and notorious for systemic torture and a 1996 massacre in which some 1,270 prisoners were killed. During Bin Lamin's detention, prisoners were brutally beaten and only allowed out of their cells for interrogation. Desperate for a creative outlet, the artist began sculpting the faces of fellow prisoners from the aluminum containers in which their meals were brought. At other times, he used these malleable trays to fashion pencils with which he would draw on the walls of his cell.

Arrested with his brother Habib on February 16, 2011—one day before mass anti-government protests erupted across Libya—Bin Lamin describes his drawings as being "all about freedom and the Libyan Revolution." Arranged around the illustrations are messages such as, "Return us to our families" (appearing in Arabic). Yet the sketches—the product of a rebellious act in itself—are most defiant in their optimism. Commenting on the second image displayed above, Bin Lamin explained: I drew the prison cell surrounded by flowers as a symbol of hope. When the guards looked through the window of our cell door they would see this image. I wanted them to know that I am not sad, but [rather] it was an honor to be here for Libya.

Bin Lamin was severely “punished” for his artwork. In one instance, guards conducted a night-time raid on his cell. They violently woke him at 3:00 a.m., covered his head with a hood, took him to the courtyard, and forced him to kneel in front of them as they loaded their weapons and told him that he was about to die. The officers subsequently left him there, barefoot in the winter temperatures, until morning. Despite the trauma of this mock execution, Bin Lamin was undeterred, even boldly writing his name and that of his brother in English, as depicted in the sixth image above. "Compelled" to continue creating art, he "filled [his] walls with drawings" well before he was released on August 23, 2011. In an interview with Al Jazeera, Bin Lamin recalls lamenting his finite 'canvas' inside Abu Salim prison: I wished I was taken to another cell to find more space.
Mohammad Bin Lamin (b. 1969 in Misurata, Libya) is a sculptor, painter, and poet. Though his earlier work is primarily inspired by his country's physical environment, natural landscapes, and ancient history, the Libyan Revolution marked a clear moment of transition within his artistic style and subject matter.

Born into a family well known for its oppositional political views, Bin Lamin became deeply interested in the revolts that broke out in neighboring Tunisia and Egypt in December 2010 and January 2011, respectively. He grew increasingly vocal in his criticism of former president Muammar Gaddafi, and actively called for protests on Facebook. It was in response to these comments and posts that Bin Lamin was arrested at his art studio in Misurata and taken, along with his brother, to Abu Salim prison. They were released more than six months later, on the eve of Tripoli’s transfer into rebel hands.

Since his detention, Bin Lamin has focused on creating art that call[s] for peace and love. Many of his sculptures are now crafted from remnants of war—bullets, shells, and fragments of weaponry used to wage the two conflicts that have engulfed Libya almost continually since early 2011. By sculpting with these materials, Bin Lamin is, in his words, transforming something created to kill into something of beauty—a symbol of love, dance, humanity. According to him, this alchemical process is the very essence of art, which he deems a spiritual answer for the daily oppression around the world.
July 14, 2012 | AL JAZEERA
A tale of a Libyan artist
Previous
Next
SHARE