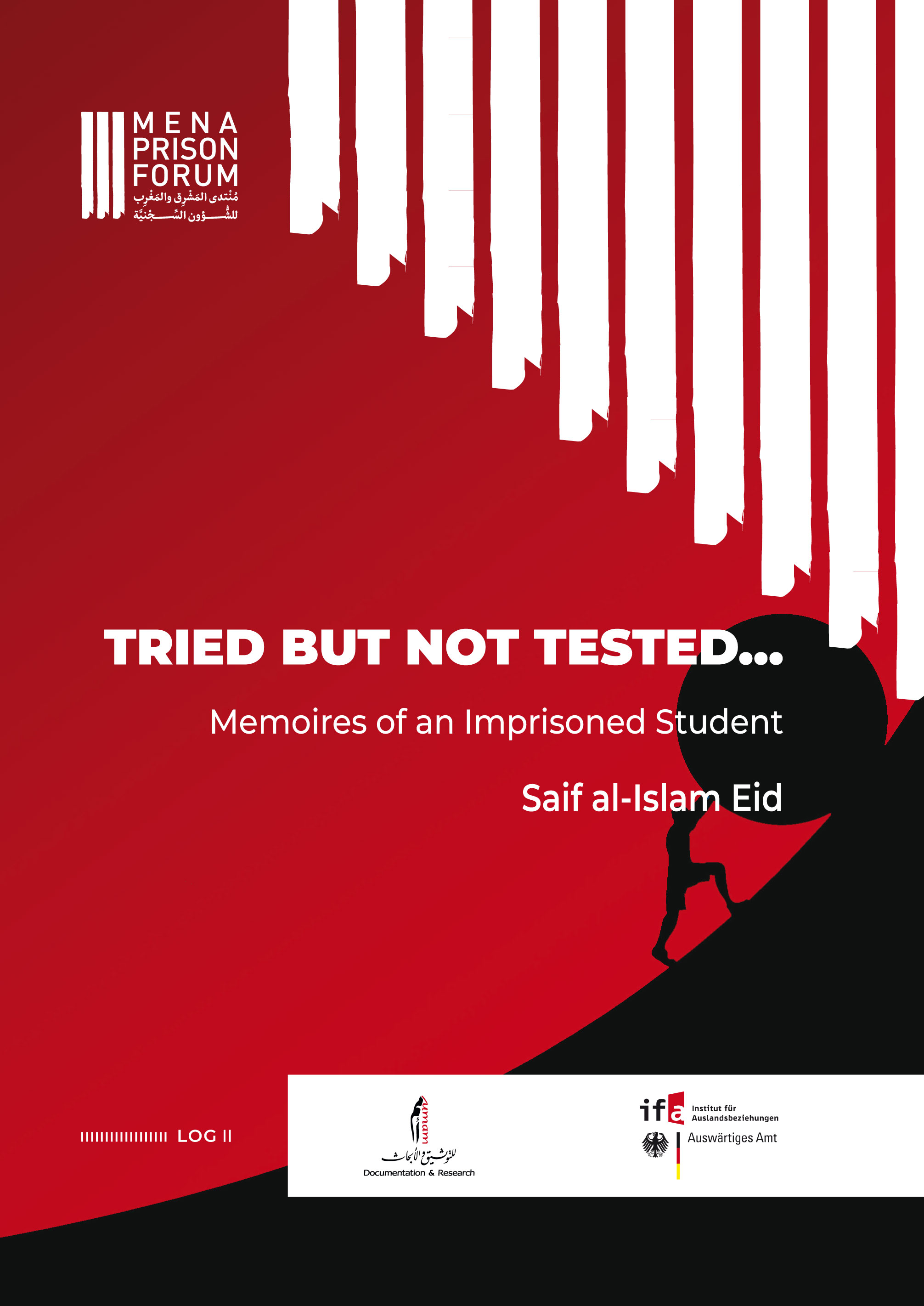 TRIED BUT NOT TESTED!
Memoires of an Imprisoned Student
Go to the English abstract
Go to the Arabic text
EGYPTIAN PRISONS
POLITICAL DETAINEES

On January 24, 2014, first year university student Seif al-Islam Eid was arrested at a checkpoint while trying to travel to the north of Egypt. He was accused of plotting against the public order and locked up as a political prisoner just like thousands, possibly tens of thousands, of other Egyptians. Eid was released about a year later, having endured a traumatic experience inside prison while also being forced to miss his college exams.

In fact, Eid focuses on his desire to study and sit for exams, not the physical mistreatment, in the memoir he wrote a few years later about this trying time. Eid's drive in sitting for exams represents the desire of many to further their education and expand their thinking—and the roadblocks the Egyptian regime places in their way.